There was a time when being a vegan meant you were a hippy-type living in a commune, but times have changed and now veganism is hip and hot. A massive 9.7 million Americans now follow a plant-based diet. This is a 3,000 percent increase in just 15 years, and the number is rising.

Why is veganism so popular these days? Read on to find out.

The Influence of Social Media

Social media plays a huge part in our lives. Many people follow their favorite celebs on social media and lap up everything they say and do. So, when a celebrity influencer announces they are vegan, it prompts a lot of their followers to join them. People like Zac Efron and Ariana Grande have a lot of clout on social media, particularly with young women, so what they say and do is meaningful.

If you search for #vegan on Instagram, there are currently just under 120 million posts. This has risen from 87 million posts a year ago, so it is clear this trend is not a temporary one.

Climate change is a hot topic right now and many people are concerned about the future of the planet we live on. Many experts believe that animal agriculture is causing irreparable damage to the environment due to higher CO2 emissions and the cost of raising livestock. Switching to a plant-based diet is something we, as consumers, can do to help minimize the impact of agriculture on the environment.

The problem with modern intensive farming is that animals are treated as a commodity, with their welfare less important than making a profit. Eating animal products means an animal died for your meal. In a life-or-death scenario, you might be OK with that, but if you can’t stomach the thought of killing animals for food, you have no alternative but to switch to a vegan diet.

Eating too much meat has been linked to many serious health problems, including heart disease, stroke, obesity, and even cancer. Whether this is true is arguably debatable but switching to a plant-based diet means you will be eating significantly more fruit and vegetables, which is indisputably healthier. Then there is the issue of antibiotic use in modern animal farming – these antibiotics end up in the meat we consume.

Going vegan can help with weight management. Vegans tend to eat less starchy foods and more vegetables. Consequently, it is rare to see an obese vegan.

Going vegan doesn’t have to be difficult. The supermarkets now have extensive ranges of vegan food products, and with eateries such as Palm Spring vegan food restaurant Native Foods in every town and city, you can order tasty takeout or dine-in meals.

Why not make this year the year you switch to a plant-based Vegan Diet! 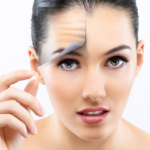 How Can Botox Make You Healthier? 3 Ways 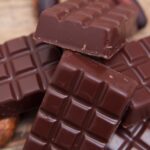