1- Preheat the oven to 180 degrees Celsius/160 degrees Celsius fan/gas 4. Using parchment paper, line the bases of three 20cm round cake tins. To create the cake, whisk together the cocoa powder with 280ml hot water in a mixing dish. Pour in the stout, stir to combine, and leave to cool.

2- Beat the butter, both sugars, and vanilla extract until light and frothy in a stand mixer or a large mixing bowl using an electric hand whisk (about 5 mins). Add the eggs one at a time, mixing well after each addition until well combined. After you’ve incorporated all of the eggs, stir in the melted chocolate.

3- Mix the flour, bicarb, and 1/2 teaspoon salt in a separate bowl. In three steps, alternate adding this mixture to the butter mixture with the stout mixture (which will be very runny). Pour the batter evenly into the prepared baking tray and bake for 25-30 minutes, or until a skewer inserted into the centre comes out clean. Allow 10 minutes to cool in the tins before turning out onto a wire rack to cool completely.

4- In a heatproof dish, combine the egg whites and sugar and lay over a pan of gently simmering water to make the buttercream. Stir constantly with a whisk until the sugar is completely dissolved and the mixture feels warm to the touch. Remove the bowl from the heat and whisk on high speed with an electric hand beater until the mixture has tripled in volume and cooled. While beating, slowly drizzle in the butter, 1 tablespoon at a time. If the mixture doesn’t seem glossy and thick after all of the butter has been added, keep beating until it does, or chill for 10 minutes before beating again if the bowl still feels warm. Add the melted white chocolate after everything is ready.

6- Melt the marshmallows in a heatproof bowl over a pan of hot water, stirring occasionally, to decorate. Remove the pan from the heat and set aside for a few minutes until the mixture has cooled down enough to handle. Grab a little piece of marshmallow with your fingers and stretch it out into strands (dipping your fingertips in vegetable or sunflower oil can help!) Drape the strands in a random way over the cake to completely cover it. Place a spider on top of the cake using the sugar paste (roll two balls, one larger than the other, for the body, and thin strands for the legs). In an airtight container, it will last up to three days.

7- Chill the cake until the buttercream is quite hard before applying the cobwebs to ensure that the design looks its best. Allow the cake to cool for a few hours after completion to allow the buttercream to soften. 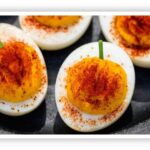