The martini is one of America’s classic cocktails. It has an air of sophistication and class. In a “Farewell to Arms”, Ernest Hemingway wrote, “I’ve never tasted anything so cool and clean … They make me feel civilized”. The martini is also closely associated with Ian Fleming’s suave, debonair James Bond, who preferred them shaken, not stirred. The original martini uses gin and dry vermouth ( light on the vermouth, please) and is garnished with an olive or lemon twist. It’s simple, clean and delicious. Where did it come from? The origin of the martini is shrouded in mystery.

History of the Martini

Over the decades, many variations of the martini have been created, many using vodka instead of gin. One of the more popular is the espresso martini with Absolut. But who was the brilliant mixologist who crafted the first martini? The two most prevalent stories surrounding the martini’s origin are set on opposite coasts, one near San Francisco and the other in New York.

During the gold rush of the mid-19th century, a miner in the town of Martinez, California, near San Francisco, hit a strike of gold and became wealthy. He headed to the nearest bar to celebrate and naturally ordered champagne. The only problem was this small local bar didn’t have any champagne. The bartender took what he had on hand, gin, vermouth, bitters and a slice of lemon. Dubbed the “Martinez Special“, the miner was thrilled with the new cocktail and later ordered it in a bar in San Francisco where he instructed the bartender on how to make it. The popularity spread and eventually the name became martini.

An alternate story is that the martini was invented by a bartender at the Knickerbocker Hotel in New York. The bartender’s name was Martini di Arma di Taggia and he created the drink for his famous regular customer, John D. Rockefeller in 1906. Rockefeller loved the cocktail, ordered them regularly and named it after its creator. There is considerable doubt about this story as martini recipes started appearing in bartender manuals in the 1880s. However it happened, the martini has flourished into one of the nation’s favorite drinks.

The substitution of vodka for gin created the vodka martini which has spawned numerous variations. Two of the more popular of these offshoots are the lemon drop and the cosmopolitan. Various versions exist using fruit juices such as pomegranate, pear and the appletini. The French martini uses St. Germain rather than vermouth. There is even a chocolate variant and many people love the espresso martini, combining coffee with alcohol, two very popular beverages. Some would call them essential.

For people who can’t decide between gin and vodka, author Ian Fleming has the answer. In his James Bond novel, “Casino Royale”, Bond orders a drink of his own creation. Two parts gin, one part vodka and a half part Kina Lillet, Bond names it the Vesper after a fellow British agent. For some people, this is the ultimate martini. The flavors of the gin and vodka complement each other nicely and the lillet has a citrusy flavor different from vermouth. Anyone who enjoys a good martini owes it to themselves to try a vesper.

Whoever actually did invent the martini did a service to cocktail lovers everywhere. The flavor of a good gin martini or any of its vodka variants is enjoyed daily by millions. No matter who you are, there’s something about ordering a martini that makes you feel elegant and sophisticated. Just holding a martini glass makes you look cool, like a person of distinction. 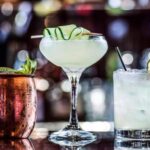 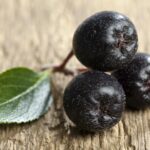 Benefits of the Aronia Berry